Which High Blood Pressure Drug Does Not Cause ED?

Unlike other beta-blockers, which are used to treat high blood pressure, nebivolol (Bystolic) does not cause erectile dysfunction as a side effect. Robert A. Kloner, MD, PhD, who gave a presentation at the 2011 American Urological Association annual meeting in Washington, DC, is director of research at Heart Institute, Good Samaritan Hospital in Los Angeles. Kloner explained that cardiovascular disease and erectile dysfunction often go hand-in-hand. A complicating factor is that some of the medications used to treat cardiovascular risk factors have erectile dysfunction as a side effect. The top two medications for high blood pressure associated with ED are diuretics (e.g., hydrochlorothiazide) and beta-blockers (e.g., atenolol, metoprolol, propranolol). Diuretics can reduce blood flow to the penis, making an erection difficult to achieve, while beta-blockers can impact the nervous system reaction that leads to an erection.

One beta-blocker, however, dilates the blood vessels and does not have erectile dysfunction as a side effect. Nebivolol has been tested successfully when compared with other cardiovascular medications, including other beta-blockers, angiotensin-converting enzyme (ACE) inhibitors, and calcium channel antagonists. In a recent meta-analysis, investigators evaluated fourteen trials that analyzed the effect of different cardiovascular drugs on erectile function: eight looked at beta-blockers, five evaluated ACE inhibitors or angiotensin-receptor blockers, and one analyzed diuretics.

In a previous study, nebivolol was compared with placebo in 909 patients with mild to moderate hypertension. Patients took either placebo or 1.25, 2.5, 5, 10, 20, or 40 mg once daily of nebivolol for up to 84 days. Nebivolol significantly reduced both systolic and diastolic blood pressure compared with placebo, and the side effect profile was similar for both nebivolol and placebo. The authors noted that “the incidence of AEs [adverse effects] commonly associated with beta-blocker use was low in the nebivolol groups combined, including fatigue (3.6% vs 2.5% with placebo), erectile dysfunction (0.2%), decreased libido (0.1%), bradycardia (0.7%), and depression (0.2%).” (Weiss 2007)

Sources for “Which High Blood Pressure Drug Does Not Cause ED”? 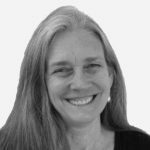 Deborah Mitchell is a senior health writer for Prostate.net who has authored, co-authored, and ghostwritten more than 50 health-related books for major publishers.