Lots of men hit the pavement or treadmill hard when they are trying to lose weight, training for a race, or just working to keep their heart health on track. Yet for those who are thinking about fathering children, too much cardio can have a negative impact on male fertility.

For many men, fertility may not be a concern. However, especially among younger males, too much cardio training may be driving down their testosterone levels. A decline in sperm count is associated with a drop in testosterone levels, which in turn can be the result of a rise in cortisol, a stress hormone. According to Dr. Ferran Garcia, head of the Andrology Unit at Institut Marques, men who are lean have been shown to have a lower sperm count than their peers who are heavier.

Is exercising too much lowering men’s ability to remain fertile?

Similarly, in a report from the University of North Carolina, Chapel Hill, the authors noted that men who train vigorously for endurance sports tend to have lower free and total testosterone levels. The authors also pointed out that limited research indicates “spermatogenesis problems may exist in some cases [of men who exercise excessively]; thus, infertility risk in such men is a critical concern.”

Infertility among couples trying to conceive is generally split as such: in about 30 percent of cases, male infertility is the issue, and it is a contributing factor in an additional 20 percent of occasions. Therefore, despite the usual emphasis on female infertility, the contribution from men is very significant.

This gives men and their physicians a reason to consider excessive cardio exercise as a possible contributor to infertility issues. For such men, a modification of their exercise program may be helpful in both boosting their testosterone and thus their chances for conception as well as satisfy their need to train without putting too much strain on the body.

Dr. Garcia suggested a training schedule that included a combination of walking and cycling, weight training, and yoga with at least one to two days of rest each week. However, it is also important to customize exercise programs according to each person’s body fat level, diet, amount of sleep, and stress levels.

It should be noted that moderate amounts of exercise, which is considered to be about 150 minutes per week, can boost testosterone levels, and thus can help sperm production. In a study appearing in Reproduction, the authors noted that moderate exercise—three 30-minutes sessions on a treadmill per week—was the best for boosting sperm quantity and quality when compared with more vigorous exercise as well as less and no exercise.

Lane AR, Hackney AC. Reproductive dysfunction from the stress of exercise training is not gender specific: the “exercise-hypogonadal male condition.” Journal of Endocrinology and Diabetes 2014; 1(2): pii

Roberts A. Doing too much cardio can affect your testosterone and fertility. Joe Fitness 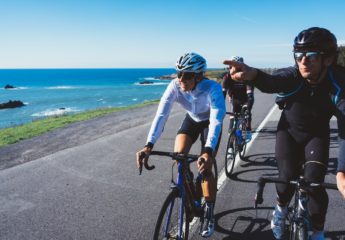 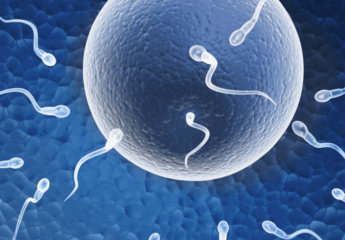