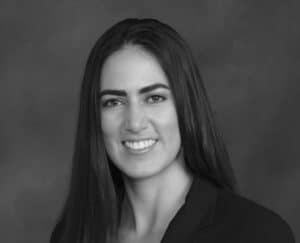 Dr. Nicole Cozean is one of fewer than 300 board-certified pelvic floor physical therapists in the United States, author of the best-selling and award-winning book The Interstitial Cystitis Solution (FairWinds Press, 2016), and the first physical therapist to serve on the ICA Board of Directors.

Her Southern California clinic, PelvicSanity, specializes in treating pelvic and sexual pain conditions in both men and women. She is an adjunct professor at Chapman University and teaches continuing education courses through the prestigious Herman & Wallace Institute. Prior to founding her own clinic, Nicole started and led the pelvic health physical therapy department at Hoag Hospital.

Nicole received her Doctorate in Physical Therapy from Chapman University, and her undergraduate degree from the University of California, San Diego in Physiology and Neuroscience. Nicole routinely lectures at universities and educates both patients and practitioners across the country through her online courses.

In addition to her work in the field of pelvic floor physical therapy, Nicole is the Medical Director for the East Africa Partnership, overseeing more than 40 healthcare clinics in East Africa. Among other honors, Nicole was named Chapman University’s 2012 Alumnae of the Year.