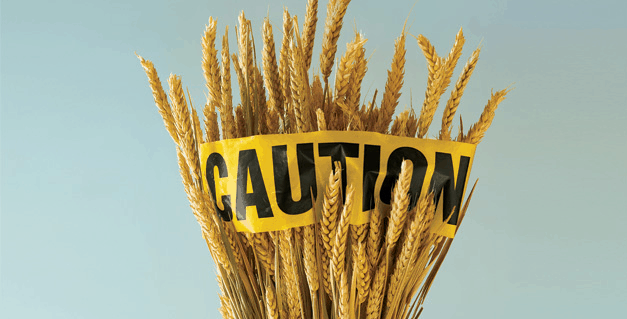 If you have chronic prostatitis, you may be plagued with symptoms that come and go but never seem to completely be resolved. When you have no identifiable cause for your prostatitis pain or other symptoms it can be frustrating and make you feel hopeless. However, looking at your diet and foods to avoid for prostatitis symptoms is one natural way to help you determine the cause and possible solution to your health problems.

As many cases of chronic prostatitis/chronic pelvic pain syndrome (CP/CPPS) stem from problems occurring elsewhere in the body rather than in the prostate itself, men should consider a whole-body approach to wellness that begins with their diet and intestinal health. Studies have found that certain foods and drinks can exacerbate prostatitis symptoms, just as certain foods or drinks have been found to help provide relief of symptoms.

The Common Culprits and Worst Foods for Prostatitis Symptoms

Researchers conducted a study to determine the prevalence of perceived food sensitivity in 286 men with CP/CPPS. Study participants filled out a questionnaire that covered the way that food, beverages, and supplements affected their pelvic pain symptoms. Of the 95 men who returned their surveys, 47.4% of them reported that consuming certain substances aggravated their symptoms.

Other foods and ingestibles found to exacerbate prostatitis symptoms include:

The substances that most alleviated CP/CPPS symptoms, according to the study, included:

The researchers in the study concluded, “many patients with CP/CPPS have demonstrable food, beverage, and dietary supplement sensitivities. Dietary changes should be considered in the treatment of these patients.” According to the study, water, herbal teas, and substances that improve intestinal health were most helpful for relieving symptoms.

Try eliminating the foods and beverages that are associated with exacerbating prostatitis symptoms for a few weeks. If you find relief from your symptoms, the foods may the cause. If the symptoms return after reintroducing the problem foods, then you know that they are a problem for your family. Elimination diets can also be an effective way of identifying a food intolerance or allergy, which can cause prostatitis symptoms as well.

Could It Be a Food Intolerance or Allergy?

People who have a food intolerance also may experience the following:

Foods that are often associated with food intolerance include wheat products like breads, pasta, cereals, and baked goods. Wheat is one of the most common food allergies in the U.S. It can cause inflammation that leads to damage or illness in the body. That is why there are several reasons to go wheat free if you are having trouble treating or narrowing down the cause of your prostatitis symptoms. Both wheat and gluten (found in wheat, barley, and rye) are foods to avoid for prostatitis.

While it can be challenging to identify a food allergy or intolerance, especially because there is usually a delay between eating the offensive food and the body’s response by a few hours or even a few days, what you eat can affect your health and how you feel. If you think your diet could be related to your prostatitis symptoms, perhaps keep a food journal to keep track of what you are eating so if you notice symptoms you can recognize a dietary pattern. The problem could be related to the caffeine in your morning coffee, so it is important to explore that as well. Trying an elimination diet can help you determine which foods are best to avoid.

You may not realize it, but your bowel health and prostate health are connected. That is another reason that the foods to avoid for prostatitis can cause health problems. Even though cayenne peppers are generally good for prostate health and are a natural cancer-killing food, these and other spicy foods may cause problems for men with certain health conditions and should be avoided if they cause prostatitis symptoms for you. Spicy foods like hot peppers contain capsaicin, which can increase rectal sensitivity in people who have irritable bowel syndrome. Irritable bowel is frequently found in men with CP/CPPS.

It is important when looking at your dietary and whole-body health to eat foods that promote intestinal health, such as foods that contain probiotics, or to take quality probiotic supplements for men’s health. Probiotics should be part of a daily healthy diet that supports both digestive and prostate health. Foods that contain probiotics include buttermilk, fermented vegetables (sauerkraut and kimchee), yogurt, and kefir.

Probiotics is a term for the beneficial, or helpful, gut microflora that include yeasts and bacteria that normally reside in balance with other bacteria in the intestinal tract. These good bacteria can be killed off by antibiotics, allowing more harmful bacteria to take over. One hypothesis is that widespread use of antibiotics can increase the risk for developing CP/CPPS. Other ways to support your intestinal health include increasing your fiber intake and staying well hydrated with water and herbal teas.

As most traditional therapies are not effective for dealing with prostatitis, it is important to consider your lifestyle, diet, and whole-body health. Looking at your diet and digestive health and how these elements affect your prostate health is a good start for finding relief from your chronic prostatitis pain and other symptoms.

Reference for “Foods to Avoid for Prostatitis Symptoms”:

Levaquin (LEV-ə-kwən) Levaquin (levofloxacin) is a fluoroquinolone antibiotic that can be used for the treatment of acute bacterial or chronic bacterial prostatitis. FDA Black Box Warnings: Levaquin Levaquin and other fluoroquinolones contain a black box warning such as the following: WARNING: Fluoroquinolones, including LEVAQUIN, are associated with an increased risk of tendinitis and tendon rupture…

Many prostatitis patients who are looking for natural therapies turn to turmeric for prostatitis treatment. Turmeric is a spice that has long been used in Chinese and Indian medicine practices for healing a variety of inflammatory health issues. It boasts of many powerful antioxidant and anti-inflammatory properties, which make it useful in managing chronic prostatitis/chronic pelvic pain syndrome…

Colloidal silver is a liquid that contains minute silver particles that are suspended by an electric charge. The silver particles remain suspended because the electric charge has more force than gravity on each particle. The liquid is tasteless, odorless, and nontoxic. Some people use colloidal silver to treat various types of infections, such as acute…