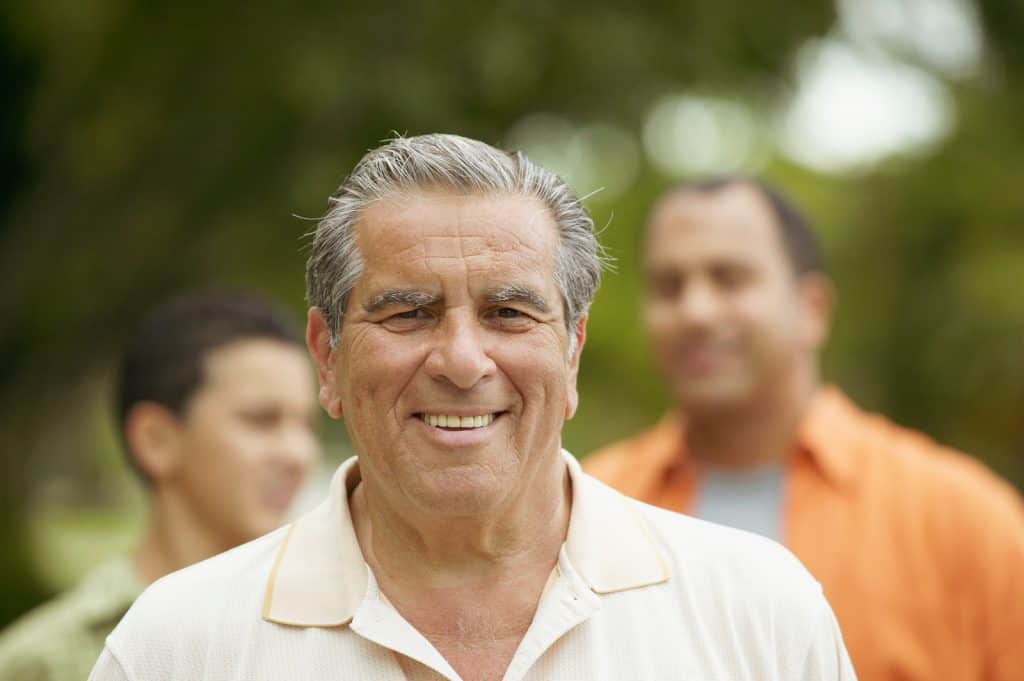 Article at a Glance

One of the burning questions men have about prostate cancer is what causes it. Unfortunately, the causes are not known, but experts have identified certain risk factors, including those you can influence and those you cannot. By focusing on the causes and risk factors you can modify, you have a better chance of preventing the disease as well as maximizing your recovery and long-term well-being should you be diagnosed with prostate cancer.

Which Causes and Risk Factors Can’t You Change?

The risk factors for prostate cancer that you can’t change are FAGE: Family history, Age, Genetics, and Ethnicity.

Family history: If your father or brother had or has prostate cancer, you are more than twice as likely to develop the disease. Your risk is ever greater if you have more than one close relative with prostate cancer. Research shows that approximately 10% of prostate cancer cases are hereditary.

Age: Just being on the planet for 65 years or longer is considered to be the strongest risk factor for causes of prostate cancer. That’s the age group in which more than 60 percent of prostate cancers show up. Since there’s nothing you can do about this risk factor, concentrate on those that you can control such as lifestyle, nutrition, and exercise, along with maintaining a positive, stress- and toxin-free environment as well as other factors.

What makes African American men so susceptible to prostate cancer? There are several possible reasons:

Which Risk Factors Can You Change?

Diet. Focus on foods that are high in fiber, low in saturated fat, and rich in antioxidants. That includes lots of fruits and vegetables, whole grains, nuts and seeds, and beans and legumes. Research has shown that diets high in fat, low in fiber, and that include lots of red meat and dairy are associated with a higher risk of prostate cancer. Also be sure to include foods with the nutrients lycopene, omega-3 fatty acids, vitamin D, and antioxidants, as they are “cancer killers.” Whenever possible, choose organic foods.

Exercise increases your immunity and overall wellness while maintaining a healthy weight decreases the inflammation response in your body that can cause or contribute to prostate disease. A combination of aerobic and anaerobic (strength building) exercises at least five days a week is recommended.

Exposure to chemicals. Exposure to environmental chemicals may be a cause of prostate cancer. Studies show that men who work in certain occupations (e.g., tire plant workers, farmers, painters) are more likely to get prostate cancer. This is believed to be related to their exposure to chemicals. A 2009 study, for example, found a two-fold increased risk of prostate cancer among farmers who were exposed to pesticides compared with farmers who were not exposed. It’s also been estimated that 90 percent of people in the United States have detectable levels of bisphenol-A (BPA) in their bodies. BPA has been associated with various health problems, including an increased risk of cancer, including prostate cancer.

You can help minimize your exposure to chemicals by choosing organic foods, avoiding pesticides use in your yard and garden, selecting all-natural/organic personal health products, saying no to processed foods with artificial additives and preservatives, not using plastic for beverages and reheating food, and not dry cleaning your clothes.

Inflammation. The presence of inflammation as a risk factor is a relatively new theory. Inflammation may contribute to the development of prostate cancer by damaging cellular DNA and encouraging normal prostate cells to become cancerous. In fact, an increasing amount of research points to the major role inflammation plays not only in causes of prostate cancer but other serious diseases as well. One way you can influence inflammation is to follow the dietary suggestions mentioned, as they are part of a low-inflammatory eating plan.

Hormones. One of the lingering concerns and questions for men is whether increased testosterone levels, either naturally produced, or in the form of prescription replacement therapy, can cause prostate cancer. However the latest studies show that not only does testosterone NOT cause prostate cancer, it may actually help protect against it, while another hormone (estrogen) appears to be the main culprit in promoting prostate cancer in men. More precisely, an imbalance of hormones—estrogen too high in relation to testosterone—may be a risk factor for prostate cancer.

Obesity. Most health experts agree that obesity is linked to prostate cancer and can have an impact in several areas, yet they are not sure why this is so. Some possible reasons are that obese men tend to have lower testosterone levels, higher (or relatively so) estrogen levels, elevated levels of insulin-growth factor (which might spur the cancer on), and greater amounts of saturated fats in their diet (which can encourage cancer growth). Men who are overweight also are more likely to have type 2 diabetes or metabolic syndrome, both of which may be associated with prostate cancer. A combination of a healthful diet and exercise can help you lose or keep off excess pounds.

Some of the risk factors believed to be associated with aggressive prostate cancer include: