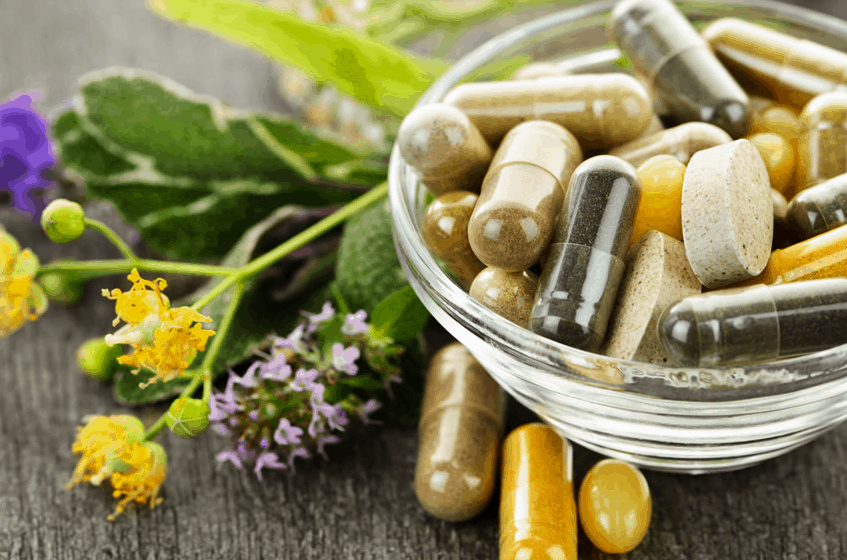 While you are reversing the decline in testosterone levels, you also can help reduce or eliminate symptoms often associated with low T, such as diminishing libido, erectile dysfunction, abdominal fat accumulation, loss of muscle strength and tone, development of man boobs, and unwanted weight gain. Use of selected natural supplements, along with lifestyle changes, can go a long way toward raising testosterone.

Beta-sitosterol is a plant sterol that is similar in structure to cholesterol yet does not have its negative impact on the body. When it comes to testosterone, beta-sitosterol helps preserve levels of this hormone by preventing two enzymes from converting testosterone into estradiol: aromatase and 5-alpha reductase. These actions help preserve testosterone levels.

Fenugreek is an herb whose seeds and leaves are often used in Asian dishes. For medicinal purposes, fenugreek has been shown to have a positive impact on sex drive and testosterone levels. One double-blind, placebo-controlled study reported that not only did fenugreek boost both T levels and libido; the herb also had a positive effect on muscle strength and energy.

The ingredients in green tea that favor testosterone are epigallocatechins, which inhibit the enzyme, 5-alpha reductase. This action in turn reduces the conversion of testosterone into DHT, which then helps preserve healthy T levels. The catechins in green tea also can interfere with testosterone glucuronidation, which results in a rise in circulating testosterone levels.

A number of studies have provided convincing evidence that the mineral magnesium can help boost T levels. One compared the effects of magnesium supplementation among athletes practicing tae kwon do with those who did not take the supplement as well as with a control group. Overall the authors found that magnesium supplementation increased both total and free testosterone levels in sedentary controls and in athletes. The increases were greater, however, among athletes than among sedentary individuals.

In another study, 399 men age 65 and older were evaluated to determine the impact of magnesium on testosterone, insulin-like growth factor 1 (IGF-1), sex hormone binding globulin, and dehydroepiandrosterone sulphate. Researchers found a strong association between magnesium levels and testosterone and IGF-1.

Use of saw palmetto (Serenoa repens) extract along with the carotenoid astaxanthin have been shown to result in a significant increase in total testosterone levels accompanied by a significant decline in DHT and estradiol levels. It should be noted that the study was commissioned by the maker of the proprietary supplement.

The tongkat ali (Eurycoma longifolia) tree is native to countries in the Far East, where the population has long valued the roots for an ability to treat erectile dysfunction and flagging sexual performance. These benefits have been explored scientifically in animals thus far, and results indicate that the herb works by increasing testosterone levels.

Vitamin D3 (aka, cholecalciferol), is important not only in bone health but in the support and promotion of testosterone levels and energy as well. For example, a combination of low vitamin D and low free testosterone has been associated with a greater risk of dying among older men who needed coronary angiography. A 2012 study noted that vitamin D seems to support optimal testosterone levels in men, while other research discovered that supplementation with vitamin D increased levels of free, bioavailable, and total testosterone in men who took the supplement for one year.

Evidence that zinc plays an important role in testosterone has been shown in research where even minor zinc deficiencies have been associated with a significant decline in the concentration of the hormone. Conversely, use of zinc supplements in men with marginal zinc deficiencies have resulted in an increase in testosterone. In a 2016 study, experts noted a positive correlation between low zinc levels and free testosterone as well as impaired sperm functioning.

Angwafor F, Anderson ML. An open label, dose response study to determine the effect of a dietary supplement on dihydrotestosterone, testosterone and estradiol levels in healthy males. Journal of the International Society of Sports Nutrition 2008 Aug 12; 5:12

Qureshi A et al. A systematic review on the herbal extract tribulus terrestris and the roots of its putative aphrodisiac and performance enhancing effect. Journal of Dietary Supplements 2014 Mar; 11(1): 64-79

To hear and see the advertisements on TV, radio, the internet, and in print, you’d think that testosterone replacement therapy is the aging man’s answer to just about everything: better sex, more energy, enhanced libido, improved muscle strength and tone, youthful athletic performance. Who wouldn’t want to sign up for it given the hype! However,…

A data and safety monitoring board (DSMB) halted the treatment portion of a clinical trial of testosterone therapy among older men after preliminary data identified adverse cardiovascular effects in the treatment group. The trial was funded by the National Institute on Aging. The Testosterone in Older Men (TOM) trial randomized 209 men (average age, 74…